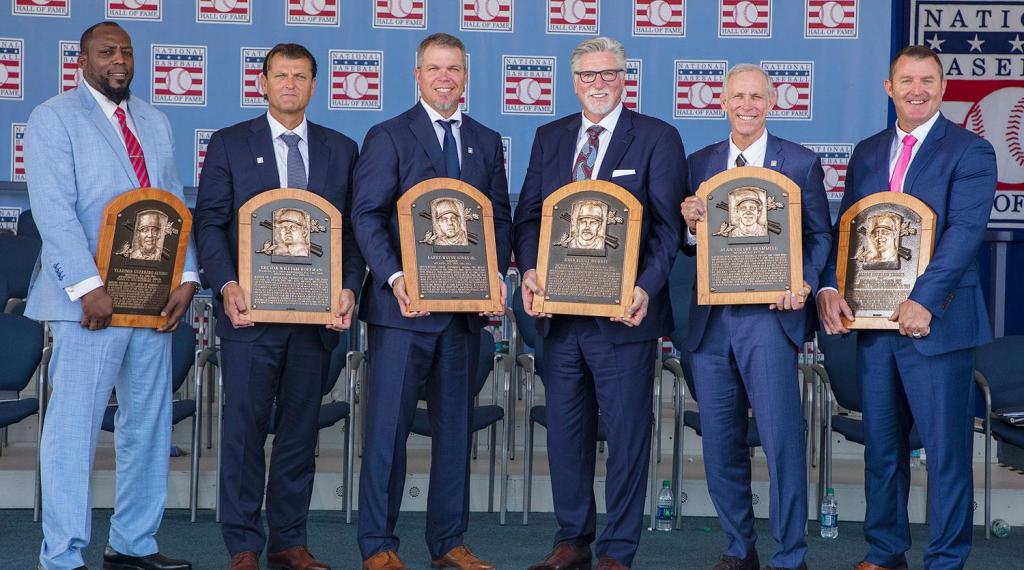 It’s December 23rd and one of my favorite times of year. Two weeks off work, badly needed this Christmas season.  Some rest, seeing family and maybe a nice gift or two, I’ve anxiously awaited all of it.

But there’s baseball stuff going on too.  I’m always excited to see what the Mariners do in the off season, and with everything from the naming rights of the ballpark, to a big ugly court case, to the perpetual Construction Zone yellow tape that masks their roster, the team has a lot going on.

This is also prime Hall of Fame voting time.  The baseball writers have cast their votes.  They must be in soon, and that counter of votes, Ryan Thibodaux is posting the results as they become available. Many of the voters make announcements and justifications for their ballots, either on Twitter, or on their publications, so Thibodaux and his minions scoop ’em up and share them on Twitter as soon as they are available.  It’s because of the trust they have for Ryan that sometimes they just share directly with him.

There are 88 votes that have made their way to Thibodaux’s famous Tracker and there are some interesting results so far.  This is a list of all on the ballot over the required 75% for election:

That’s quite a collection.  No surprises, well maybe the solid bloc behind Halladay, but I have no problem with it.  These are the front runners for election, but only about 21.4% of the votes are in, and it’s the final 25% or so that gets pretty conservative, their ballots are shorter and these vote totals are unlikely to stay as they are.  Several prognosticators are making their projections for those who win election.

Some of the players have had quite a good showing so far.  Larry Walker, in his 9th year on the ballot has drawn 14 new voters to reach 64.8%.  Hopefully he can finish with about 70% to prepare a final campaign for induction in 2020.  Likewise Mussina has drawn 11 new voters, but will need more to finish with 75%.  Tragically, but not surprisingly, Fred McGriff tied Walker for most new voters with 14%.  McGriff is in his final year of eligibility and currently sits at 36.4%, not close to induction.  However, if he can raise it just a bit more, the Crime Dog will have a strong case for the Veterans committee in a couple of years. He was a clean, consistent hitter, and deserves induction.

Those suspected of steroid use are divided mostly into two groups.  There is Bonds and Clemens and everyone else. This is currently how they stand:

Of the five, Sheffield has picked up three votes, Bonds and Clemens added one each, while Manny and Sosa have net lost votes from ballots submitted thus far. There has been little movement for Bonds and Clemens in their 7th year on the ballot, and they are projected to finish about where they were last year, about 60%. Predictions of a gradual easing of a PED “prejudice” hasn’t happened, and the suggestion of a “forgiveness” vote hasn’t appeared.  At least not yet.

Everybody who is a Mariners fan knows Edgar Martinez is in his last year of eligibility.  The voting began with Edgar appearing on his first 24 ballots, but fell off a bit from there. He’s hung around at about 90+ ever since.  That’s encouraging.  He’s appeared on ballots even posted by some of the Small Hall crowd.  Edgar has gained a net nine votes from previous Hall voters.  He needs a total of at least 20 new votes, assuming no losses. It seems pretty likely he’ll make it but keep those positive thoughts coming.

A futile fight against entropy or 'Every man should have a hobby'? Either way it is a blog on tabletop wargames, board games and megagames