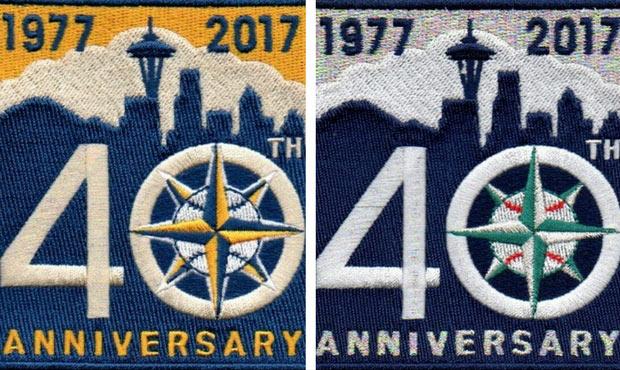 My last post was June 7th.  I wish I had a great explanation, such as my desperate case of cholera or the terrible car accident that put me in traction for five months.

No, unfortunately the only car wreck I observed was the 2017 Mariners baseball season. Don’t get me wrong, I never gave up on the team.  I made it to a couple of games, and probably watched 120 or so on television.  It was among the most frustrating seasons I can remember.

This was a team that could never quite find its footing. With constant injuries to the pitching staff, both starters and relief staff, there simply wasn’t the kind of pitching consistency needed to put together a prolonged win streak. Yes, the M’s would put together some nice four and five game win streaks, leading me, at least, to believe they were about to turn the season around. But they were almost always followed by an equal or longer losing streak. Momentum gone, excitement deflated.

This was the hardest season.

There were the endless string of pitching injuries that was followed by the endless terrible performances by the pitiless starts by various Chris Hestons, Chase DeJongs and Dillon Overtons. Though they were eventually replaced by the less godawful Christian Bergman and Sam Gaviglio, it was clear every night, this team was on the verge of being blown out.

It also became clear that Jerry Dipoto had not learned the lessons from 2016, when the M’s likewise suffered pitching mayhem, and the depth problems he “solved” during the 2016 hot stove season were not solutions at all.  Having lots of arms isn’t enough.  They have to be MLB ready.

But it wasn’t just the pitching.  This was a bad baserunning team whose exploits cost its team runs and games.  They were a tick below average defensively.

From a fan’s perspective, there were definitely some things to enjoy.  The M’s could score more runs in different ways.  They were a somewhat better defensive team, especially in the outfield.

But the pitching was often frightening, and it sometimes seemed like their heads were someplace else than out on the diamond.

Nelson Cruz seemed, at times, to struggle more than in his two previous seasons with the Mariners.  Maybe some nagging 36 year-old guy dings. But he also seemed to do more with less, leading the league in RBI’s despite a slight drop in home runs, but more timely singles and sacrifice flies.

More than anything this team left me scratching my head.  This 2017 version of the Mariners should have competed for a Wild Card berth, and they did sorta, kinda, at moments. But the moments lasted for a flash and then were gone.

The most troubling result of what was a troubling season is seeing a way forward for this team.  The World Champion Houston Astros are the the Mariners’ division.  They are not only incredibly talented, but very young.  They have a solid farm system, while the M’s minor league stock of talent ranks in the bottom 25% in major league baseball.  The Mariners, with Cano, Seager, Cruz, and Hernandez have some pretty hefty contracts while the window on their abilities is beginning to close. Not a lot of young talent and an aging core does not make for a winning equation.  Throw in some really bad luck in the shape of Drew Smyly’s TJ injury and will take some very heady off-season magic by Jerry Dipoto to get this team ready for a shot at a wild car as it fades quickly into Houston’s rear-view mirror.

I’ll be reporting my views of the M’s off-season deals as the Hot Stove League gets hot, as well as an early look at Hall of Fame voting